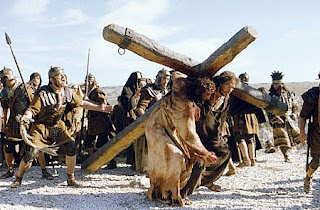 Very excited about this Sunday 28th February as we get ready to 'launch out' Trevor & Joanna to the borough of Brent NW10 to start a Church there as we seek to do our part in fulfilling the 'Great Commission' of going into all the world to make disciples of Jesus Christ...Matt 28:18-20

As a someone who has 'pioneered' a Church of over 400 people & planted 5 Churches (so far) evangelism is close to my heart and theres few things that excite as people getting 'saved' Luke 19:10 and whilst its very true that we can 'save' anyone ourselves, we can lead people to the one who does, John 1:41-46. Our 3 R's vision statement is to Reach people, Raise disciples and Release ministry.

Starting a Church in the 21st Century in the UK is not an easy task and requires much though, prayer, support and favour.

It seems that evangelism and missions is not something that should 'only' take place 'over there' ie in another Country (though that is still critical), but actually it is something that is also needed 'right here' and 'right now'.

I believe that every Christian / Church should be 'an agent' of this Great Commision.

Posted by Clement Okusi at 03:13 No comments: