How to Become an Atheist

How to Become an Atheist 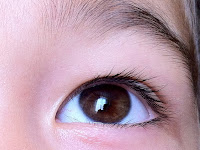 There are two main hard and fast rules for anyone who would like to become an "atheist." If you are tempted, beware. It's not an easy thing to do.

Now here's the hard part. Ignore your God-given common sense. Admit that everything man made is man-made, but be uncompromisingly adamant that everything in nature came from nothing, with no Designer. Once you have set aside your acumen to do this, crown yourself as being intelligent. Very. Then find other atheists and they will confirm to you that you are indeed, intelligent.

The second rule is to "believe." This is very important, because if you let doubt in, it will let in fear, and that can be a scary thing when the issue at stake is a place called "Hell."

To grow as an atheist, you will need to learn believers' language--phrases like "There is no creation," "Evolution is a proven fact," and the powerful "Flying Spaghetti Monster." Learn the fine art of cutting and pasting, and responding with "Straw man!" That means you won't have to respond to anything challenging.

All this will give perceived intelligence. Never question evolution, and don't think for yourself.

Do these things, and you will be able to call yourself an atheist, or even a "new" atheist. How cool is that! Well, I should say, as much of one as you can be called one. No one can be a true atheist because you need "absolute knowledge" to say that there is no God. So until you are omniscient (like God), you will just have to do with pretending to be one.

Photograph by Manuel Brambila. Click on the eye for design details.

Posted by Clement Okusi at 07:52 No comments: